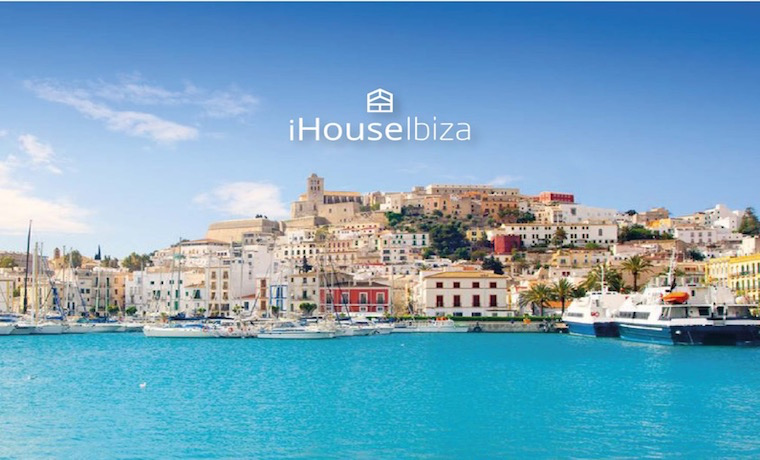 With an age of 223 million years there are rock formations on the island, a time when the Mediterranean Sea did not exist but another sea, much larger than the current one, which covered part of what are now the Balearic Islands, was the Sea You massage Once the plates of Africa and Europe approached, this happened 65 million years ago, the Betic mountain range was created, of which Ibiza is part.

About 15 million years ago it was the last phase of folding and it is at this time when the Pitiusas Islands are born. In Ibiza there are sediments from the secondary, tertiary and quaternary periods. About 8000 years ago in the Stone Age, the first colonizers arrived, from this time we have the Can Sargent monument, (between the coast and the airport). The history of Ibiza begins to be written 1600 years before Christ, where rudimentary villages were built, based on large stone circles, such as those on the slopes of Cap d 'es Llibrell in Santa Eulalia.

The foundation of Ibiza

The island was occupied by many civilizations and peoples who imposed their culture and organization on it. Although it was not until 654 that Carthage founded Ebusus = Ibiza, with Diodoro Sulario who provides us with the first reference since he calls the Pitiusa island because of the multitude of pine trees that grow there. With the Phoenicians, culture and economy flourished. The largest Punic Museum in the World is in Ibiza, Puig des Molins Museum. The salt exploitation facilities and probably the lead mines of San Carlos were built.

The Carthaginians of Ibiza had left Fenicia, they were very good merchants, from this time we have the following sites: Puig d'es Molins in Ibiza capital, Ca'n Sora in San José, Es Curieram in San Vicente, the latter is the temple of the goddess TANIT. After, and after Roman domination, the city of Ibiza gets the title of Confederate City, this civilization is left with the aqueduct of S'argamasa, in Santa Eulalia and the statues that were, until recently, at the entrance door to D'alt Vila, now they are in the Archaeological Museum.

After the fall of Carthage in 146 B.C. and until 70 A.D., Ibiza became a pirate center, which is why Rome decided to occupy it and in the year 70 it was incorporated into Hispania under the name of Ebusus.

In 426 AD C, Ebusus was devastated by the Vandals of Genserico who incorporated her into his North African empire. In 554 it passed to Byzantine hands.

From 902 to 1229 Ibiza was under Muslim rule under the name of Yebisah. At the beginning of this domain the island depended on the emirate of Cordoba and, later, on the Taifa kingdom of Denia, until in 1080 the Moorish kingdom of the Balearic Islands declared itself independent.

The island would reach its economic peak in the eleventh and twelfth centuries.

In 1114 it was occupied by the troops of the Republic of Pisa and the Catalans of Count Ramón Barenguer III, with little success but with great loot, because they had to flee after asking the Muslims for help to the Almoravids.

In 1235 Gillerm de Montgrí, with the approval of King Jaume I of Aragon the Conqueror, took the island for the Crown of Aragon and expelled or enslaved the Muslim population, repopulating the island with people from Ampurdán, Barcelona and Tarragona.

King Jaume II of Mallorca granted Ibiza a municipal government that would last until the Insaculation Decrees of 1454.

During the medieval centuries new buildings emerged, both civil and religious. In the highest part of the city the headquarters of the University were installed and next to it the Chapel of the Savior, and the Cúria. As for the church of Santa Maria, it was enlarged with the construction of the Gothic apse and the bell tower. These buildings were arranged around the cemetery, which until the 17th century occupied the current cathedral square. For its part, the castle-almudaina enclosure was adapted to new military and political needs, being the habitual residence of the feudal representatives and governors.

The arrival of the decline

During the 16th and 17th centuries in Ibiza, a mercantile and aristocratic class was created and another in the countryside that gradually became impoverished due to the plagues and droughts.

In 1522 the Germanies of Mallorca intervened the city, entering Ibiza in a period of endemic misery, increased by the change of routes to the Atlantic from the discoveries of 1492, by the attacks of the Turks in 1536 and by the great plague of 1652. After the War of Succession to the Spanish Crown between Austrians and Bourbons, King Felipe V stripped Ibiza, for its support of the Austrian losers, of the income of its salt flats, exploited since the time of the Carthaginians, and suppressed their governing bodies after the New Plant Decree was promulgated.

The impoverishment of the island continued throughout the sigthe XVIII, despite the growing shipping activity due to the rise of privateers and the important cultivation of almond. The differences between the inhabitants of the city of Ibiza and the peasantry were more and, in the early nineteenth century, social tensions erupted. The armed countrymen went against the city, although they were defeated and summarily tried in 1824. In the days of the Restoration, after new mobilizations, many farmers were expelled from the island.

In the late nineteenth century there were three important events for the city: the demolition of the second lurch, allowing urban growth to the area of ​​Vara de Rey; the construction of new roads and the execution of the works of the port, which favored the increase of maritime communications with the Peninsula and Palma de Mallorca, positively affecting the urban and rural life of the island.

From 1868 Ibiza benefited from the contribution of capital from Cuba and the establishment of regular boat services with the peninsula, beginning a slow recovery until the Civil War. During the Civil War Ibiza suffered attacks from both sides with more personal losses than materials.

As of 1960 in Ibiza, as in all the Balearic Islands, a frenetic tourist growth began that had its own personality here, with the hippie movement, and that over time would result in a young and disco tourism, becoming the capital of the young party in Europe.

The beauty and climate of the island, with beautiful coves and beaches, has made tourism has brought great wealth to the island and, in fact, has become a monoculture, along with that of construction.

Nowadays Ibiza is still synonymous with party and nightlife. In it are the best nightclubs in the world, which is why numerous low-cost lines offer trips from all points of the continent throughout the summer season.